Leicester, A GREAT ALL ROUND CITY

Leicester has a rich heritage in sport, culture and industry, with events, facilities and attractions to suit every student lifestyle. A true student city, Leicester is lively and easy to enjoy on a student budget. The city was named the most affordable place to live for students by HSBC in 2014 and 2015, and in 2016 was named 9th best city in the UK. Students can choose from a huge variety of student accommodation in Leicester. Take your pick between one of the beautiful period Victorian properties in Leicesters’ leafy suburbs, or a state of the art purpose built student block among the hustle and bustle of the city centre. Whatever it is you’re looking for, Leicester has the answer!

bet YOU didn’t KNOW THIS about leicester

Leicester is home to two of the countries leading universities, both committed to international excellence, world-changing research and high quality, inspirational teaching, so theres no denying a degree from Leicester doesn’t come with a certain stamp of approval! But it’s not just the universities that make Leicester such a special place. The city is home to lots of parks and green spaces, each with something different to offer. Leicester is a city of sporting excellence, home to Leicester City Football Club and Leicester Tigers Rugby Club, England’s most successful rugby club. It’s the Birthplace of Sir David Attenborough, home to the famous Walkers crisp and the final resting place of King Richard III.

Leicester’s cultural diversity shines through the wide range things to do in the city! The restaurants represent all corners of the globe, and Leicester has a huge variety of student bars and clubs on offer. There are lots of places in the city centre to hang out with friends, such as Queens Road, a favorite student destination; Students can discover plenty of quirky bars and shops with a relaxed feel. And if that isn’t enough to fill your spare time, there are over 100 university clubs and student societies to get involved with, covering a huge range from politics and religion to performing arts and media. If you love live music, Leicester has even more to offer, and if you have some extra cash at the end of the month, the Highcross shopping centre is an awe-inspiring mix of shops.

We're the only student letting agent in Leicester that allows you to sign all of your paperwork from the comfort of your front room. Our system is so effecient, you can even do it from your smartphone!

All of our student houses in Leicester have been Smart Approved, meaning you know you're getting the very best quality! Boutique designs, practical spaces and great communal spaces! 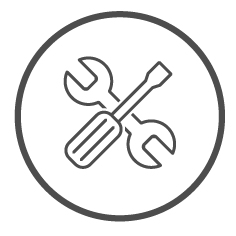 Great student accommodation Leicester!
Choose from some of Leiester's best student houses. Contemporary, reclaimed, vintage or chic themes. You decide.
Better Student letting. Full Stop.
We get stuff done. Maintenance, we're on it! New key, no problem! A month rent free... Not a chance!
Bills Inc. It's that simple.
We know you don't have time to be sorting out the bills. So we do it for you. Yes, we're just that good.
Previous
Next

Look no further for the best student accomodation in Leicester